HomeA History of Video Conferencing According to Sci-Fi

A History of Video Conferencing According to Sci-Fi

If video-enriched communication for the masses seems like it has been a long time coming, it’s because we have been dreaming about it since the ‘80s — the 1880s. The technology has a rich history in science-fiction spanning more than 130 years. Here’s a look at some of the most interesting speculative depictions of video conferencing in science fiction, from the whimsical to the prescient. Edison’s Telephonoscope In what might be the earliest fictional depiction of the concept of video conferencing, French-born British cartoonist George Du Maurier envisions a crude but imaginative form of the technology for an 1879 issue of Punch Magazine. In this depiction, based on an idea attributed to Thomas Edison, a mother and father “set up an electric camera-obscura over their bedroom mantel-piece, and gladden their eyes with the sight of their children at the Antipodes, and converse gaily with them through the wire.” 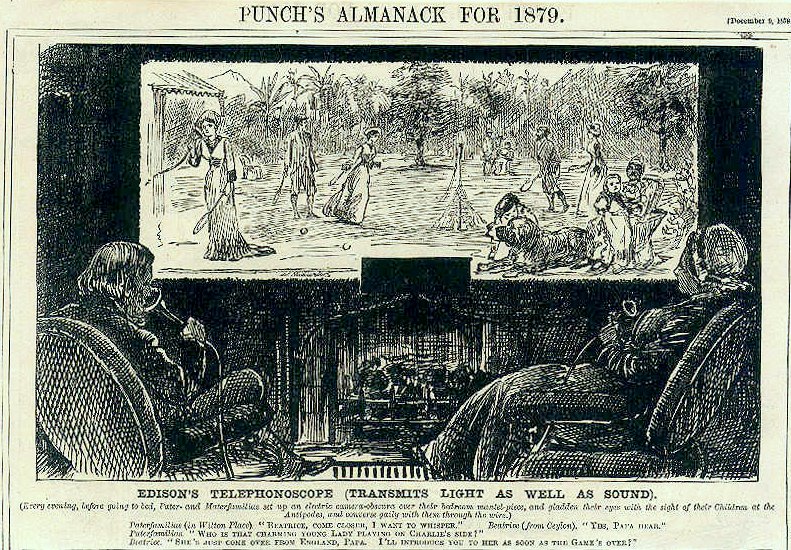 Image Source The Phonotelephote by Jules Verne Following close behind Du Maurier was French scientist and early sci-fi writer Jules Verne. In his story “In the Year 2889,” Verne imagines a distant future in which “the transmission of images by means of sensitive mirrors connected by wires” allows a man in Paris to catch up with his wife traveling abroad. Image Source Hugo Gernsback’s Telephot In Ralph 124C 41+, published in 1911, Luxembourgian American sci-fi writer Hugo Gernsback imagines a device in the year 2660 with a “faceplate” that “becomes luminous” with a man’s appearance for a video call. Although he came late to the game compared to his Victorian counterparts, he gets bonus points for coming so close to “FaceTime,” at least in the terminology. 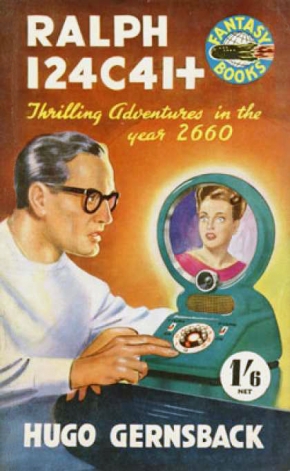 Image Source The Videophone in Metropolis Likely the first film depiction of video conferencing technology, Fritz Lang’s Metropolis, 1927, envisions a rather bulky wall-mounted “videophone” unit, which looks like it could have benefited from the minimalist design of the latest Cisco endpoints. The Jetsons Videophone While The Jetsons was not an early entry in video conferencing speculations, the ‘60s animated sitcom was one of the first to depict the technology as a collaboration tool for the workplace. Although “collaboration” isn’t the first word that comes to mind when you think of George Jetson’s boss, Mr. Spacely. Image Source Video Call in 2001: a Space Odyssey Stanley Kubrick’s landmark 1968 sci-fi film 2001: A Space Odyssey famously depicts a casual video call between a space traveler and his young daughter back on Earth. The scene feels like it could be taking place in any office today–a travel weary father catching a little Skype time with his child in between meetings. Getting Fired via Video Conference in Back to the Future Part II 1989’s Back to the Future Part II is famous for depicting a 2015 full of hover boards and self-lacing sneakers. But while we’re still waiting for our flying cars, the film’s vision of the future was strikingly on-target with its depiction of a Google Glass-like wearable that allows you to see incoming video calls. And middle aged Marty McFly’s termination through video (and fax) is something that has reportedly been used by some organizations that need to part ways with remote employees. Now that’s progress!
Cisco Collaboration, Teleconferencing, Unfied Communications, video, video conferencing